INNs in the GCC 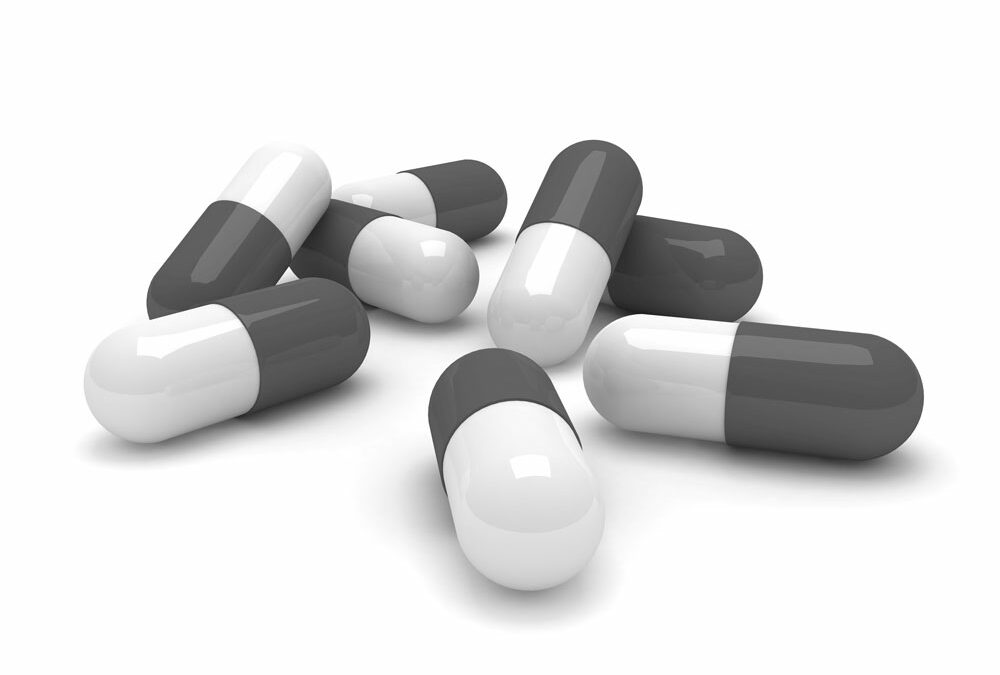 International Non-Proprietary Names for Pharmaceutical Substances (INNs) are unique, regulated, globally recognized labels that are used to enable the identification of pharmaceutical substances (or their active ingredients). As the name would suggest, INNs are supposed to be public property. As a result, in most sophisticated trade mark jurisdictions, INNs are prohibited from registration as trade marks through specific provisions in local trade marks legislation.

The Gulf Co-Operation Council countries are made up of Bahrain, Kuwait, Oman, Qatar, Saudi Arabia and the United Arab Emirates. Historically there were no specific provisions in local trade marks legislation that deal with INNs. A new Trade Mark law covering the GCC countries was published in 2013. It is still at different stages of ratification by the member countries but it is hoped that it will be fully implemented by 2017. There remains no specific provisions to deal with INNs.

As such, in the absence of a binding precedent system, training for Officials at the Trade Marks Office, and specific IP courts, the approach taken towards the registrations of INNs (or marks that are confusingly similar to INNs) has been and is likely to continue to be – inconsistent.

In 1950, the World Health Organization (WHO) passed World Health Assembly resolution WHA3.11 that deals with INNs. The first list of INNs was published in 1953, and now comprises over 7,000 names for pharmaceutical substances.
INNs must remain public property in order to ensure that INNs can continue to act as universal indicators for the identification, safe prescription and dispensing of medicines to patients and to provide a standardized nomenclature for use by scientists, doctors, pharmacologists and other health professionals in the ever increasingly globalized world.

Accordingly, trade mark applications that comprise, contain, derive from or are otherwise confusingly similar to INNs should be prohibited from registration as trade marks.

As all six members of the GCC Countries are members of the WHO, it is incumbent upon the Trade Marks Offices in each of these countries to recognize the important functions of INNs and to implement procedures for dealing with trade marks applications that conflict with INNs.

This new GCC trade mark law is a unifying law, but it does not introduce a unified system for trade mark law and practice within the region as such. There has not been any expansion on the provisions that can be used as a basis by examiners for objecting to applications that conflict with INNs under the new GCC unifying law compared to the individual countries previous legislation which covered the following:

In theory, these two provisions should be sufficiently broad to form the basis of an objection against an application that conflicts with an INN. In reality, however, trade mark applications that conflict with INNs are routinely accepted without condition by examiners in the GCC Countries.

The reasons for this apparent oversight are perhaps not surprising when considered in context. For a start, INNs are designed to be easily recognisable and distinguishable and, therefore, are by their very nature considered to be distinctive by Trade Marks Offices in the GCC Countries. The principle that INNs are public property and, therefore, lack the ability to serve as a badge or indicator of origin does not enter the equation; and, in the absence of specific provisions enshrined in the previous national law and now the GCC unifying law, it is no wonder that applications are accepted without further consideration by examiners.

In addition, in the absence of any formal INN training for examiners coupled with the absence of a binding case law system (that would otherwise help to develop settled examination guidelines for examiners), the acceptance of applications that conflict with INNs is inevitable in the GCC Countries.

As applications that conflict with INNs are routinely accepted for registration in the GCC Countries, interested parties are often faced with the decision as to whether or not to oppose the application during the opposition period. For interested parties, the decision is likely to be a matter of weighing the potential benefits of defeating the application against the costs, certainty and time-frames of the opposition proceedings.

In the UAE, for example, the official opposition fee was increased in 2015 from AED 250 (USD 68) to AED 10,000 (USD 2,725), In addition, there is likely to be substantial local counsel’s professional fees for preparing the opposition, reporting any counterstatement, preparing further submissions and attending the mandatory hearing.

The Trade Marks Offices in Bahrain, Kuwait and Saudi Arabia have also now either indicated that they will be increasing official fees for trade mark services or have already increased them so the fee structure for trade mark oppositions in these countries are likely to be brought in line with the costs in the UAE. As a result, the costs of opposing an application can be inordinate and unfathomable for some brand owners – particularly when the application should have been refused during examination.

In addition to the costs involved with opposing an application that conflicts with an INN is the uncertainty and duration of the process.

Prior to the recent implementation of the GCC Trade Marks in Saudi Arabia, for example, opposition proceedings were heard by the court and are akin to full litigation proceedings. Usually, four or five hearings were required over the course of about two years before a written decision issues. In addition, the Ministry of Commerce and Industry (which houses the Trade Marks Office) was named defendant in the opposition proceedings. As the Ministry of Commerce and Industry usually submitted a counter-statement arguing that the Trade Marks Office was correct in accepting the application, the opposition usually needs to be fought on two fronts.

As there are more than 20 circuit courts in operation in Saudi Arabia, each with its own panel of judges (and none of which are IP-specific or experienced in INNs), the outcome of opposition proceedings can be far from certain – even in the case of a mark that is identical to an INN. In addition, in the event that the opponent successfully opposes an application that conflicts with an INN, the Ministry of Commerce and Industry is often compelled to appeal the decision to the Appellate Court. It remains to be seen how much these practices and procedures will change in light of the unifying GCC Trade Marks law.

Article 22 of the GCC Trade Marks law allows for interested parties to seek the cancellation of a trade mark registration on the basis that it should not have been registered in the first place on absolute or relative grounds.

However, up to now cancellation actions in the region have been heard before the courts of first instance and are akin to full litigation. For this purpose, it is usually necessary to appoint a locally licensed advocate in the relevant country to appear on behalf of the interested party.

In all GCC Countries, the courts have little (if any) experience with INNs and, in the absence of a binding case law system, each case is likely to involve having to educate the court about INNs to ensure a positive result. As the court would be required to cancel a registration (that is, to take property away from an entity), the threshold for establishing a prima facie case is very high.

Most of the local trade marks laws of the GCC Countries contain a provision stating that once a mark is registered for more than five years, it becomes incontestable on the grounds of ownership.
For example, the wording of Article 17 of the UAE Trade Mark Law states:

[A]. The person who obtains the registration of a mark is deemed to be the exclusive owner of the mark and no dispute may be raised against the ownership of the mark if that person has used the continuously for at least five years from the date of registration with no action having been commenced deciding that he does not own the mark.

[B] The owner of a registered mark is to enjoy the right to prevent others from using the same or a similar mark to distinguish products or services that are the same of similar or related to the products and services for which the mark is registered to the extent that it leads to the causing of confusion amongst consumers.
The GCC Trade Marks Law adopts a similar principle in the wording in Articles 7 as follows:

The party who registered a trademark in good faith shall be the owner thereof any may not be disputed in the ownership of such mark as far as registration of the mark is in conjunction with its use for five years at least without any judicial dispute.

As such, if the owner of the registration sought to enforce the registration against legitimate use of an INN on, for example, the packaging of a pharmaceutical product, then the ability for the user of the INN to defend itself against such an enforcement action by challenging the registration may be curtailed by an assertion of ownership under the incontestability provision.
As such, unless an application that conflicts with an INN is refused during examination or successfully opposed during the opposition period, then it is critical that the resulting registration is cancelled within five years of the registration date. Otherwise, the challenge faced by interested parties in cancelling the registration would be immense.

To date, the GCC law has been published and implemented in Kuwait, Bahrain, Qatar and most recently Saudi Arabia. Oman and the UAE are yet to publish any legislation with regard to the new GCC Trade Marks law. It remains to be seen when and how the Trade Marks Law will be implemented in each of the two remaining countries, however, there is not likely to be any deviations from the current language. Accordingly, the position with respect to the examination of INNs is likely to remain largely unaffected by the implementation of the GCC Trade Mark Law.

However, the opposition processes may be affected, particularly in Saudi Arabia where the processes are currently very different to those contemplated by the GCC Trade Mark Law; but this remains to be seen.

Where to from here?

In order to affect any real change in the handling of applications that conflict with INNs, it is vital that Trade Marks Offices in the GCC are provided with the tools to foster a greater understanding of the important functions that INNs play in the world of pharmaceutical substances. Unless the examiners are able to correctly identify applications in class 5 that conflict with INNs, then the status quo is likely to prevail.

Ideally, examiners in each Trade Marks Office in the GCC Countries should undergo specific training by an Official institution (such as the WHO) in order to:

Once examination procedures for INNs is implemented, then perhaps streamlined processes for oppositions and cancellation actions could then be considered.